CBD is everywhere, including Santa Barbara

They’re infusing it in cocktails in Los Angeles. Putting it in dog treats right here in Santa Barbara. It’s finding its way into bath bombs, hair pomade, and lube for women (which we’ve heard really good things about, BTW…#lookinatyouforia).

In fact, it wouldn’t be surprising if they started putting it in the water.

So what is CBD and why are people putting it in everything these days?

CBD and THC are both cannabinoids from the cannabis plant.

Cannabinoids are chemical compounds that act on the cannabinoid receptors you have inside your body.

THC is commonly known as the cannabinoid that gets you high, while CBD does not have this same effect. There are lot of other cannabinoids, but THC and CBD are the ones we know the most about right now.

Sea Squirts, Cannabinoid Receptors, and You

All animals have cannabinoid receptors, including birds, reptiles, fish, and even your pet guinea pig.

The most primitive animal found to express cannabinoid receptors is the sea-squirt, an animal which evolved over 600 million years ago. Keep that fun fact in your back pocket for the next party you attend 🙂

But, the point is that you have cannabinoid receptors, too, just like a sea squirt.

Did you know that even if you have never consumed cannabis before that you have cannabinoids flying around inside your body?

They are made by your own body and bind to your CB1 and CB2 cannabinoid receptors. And crazy enough, the cannabis plant makes cannabinoids that also bind to these same receptors inside your body.

What does CBD do inside your body?

The whole network of cannabinoid receptors in your body is called your Endocannabinoid System (ECS).It was only discovered relatively recently in 1992.

Your Endocannabinoid System is a communication network that runs throughout your body, checking in on cells to make sure everything is hunky dory and receiving messages back from cells about whether they need to be rebalanced. When your ECS finds a problem, it regulates it by sending further instructions to receptors that help bring things back into balance.

This fascinating system basically helps your cells course correct … every second of every day.

And you can stimulate it by supplementing with CBD.

Gettin’ a Little More Giddy Up in Your Endocannabinoid Systen (ECS)

Since the endocannabinoid system is responsible for keeping cells in check, it’s no wonder that having a sluggish endocannabinoid system can lead to a wide range of issues. Some scientists suspect that a poorly functioning ECS is at the root of many chronic diseases such as MS, fibromyalgia, IBS, depression, Parkinson’s and even migraines.

What can it help with?

Just as a poorly functioning endocannabinoid system is thought to be a root cause of many illnesses, a well-functioning ECS can have many benefits, including:

For a much more in-depth discussion of each of these benefits and dosing recommendations, check out The Ultimate Guide to CBD: Everything You Need to Know About the Miraculous Health Benefits of Cannabidiol.

There are a variety of places in Santa Barbara to purchase CBD and get information about taking it.

In the next 2 part of this 3 part series we chat with Byron Engelking, manager of The Canopy, a cannabis dispensary on Milpas and Wil Glass, owner of High Tide, a smoke accessory and artistic glass shop to get more information on the products they stock.

We asked our Instafam, “What has CBD helped you with?”

What has CBD helped you with? Let us know in the comments. 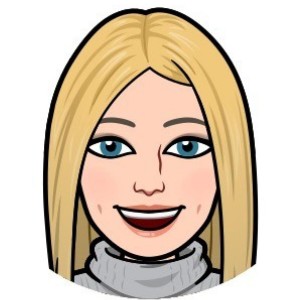 Life has been turned upside down lately. But the Central Coast cannabis community wants to remind you of some of the things in life that haven’t been cancelled, including caring for each other and our community.

CBD vs. CBDA: What’s the Difference?

You’ve likely heard of CBD…it’s everywhere right now! And you probably know not all CBD products are created the same. Something new on the horizon

Why is it that simple things can seem complicated sometimes? That’s how getting cannabis delivered felt—something that should be simple….but something I still had a

We’ll only stay in touch when we’ve got juicy news to share, like new dispensary openings, our favorite elevated experiences, getting-high guides, events and more!